On Saturday we travelled down to my Great Uncle Chunk’s for the night and in the morning we took two trains to Paris. One to London and we caught the Eurostar to Paris.
Once the taxi dropped us off to the Hotel, Mum got us into the Hotel as quickly as possible because there were a lot of homeless people and drug users living over the road. 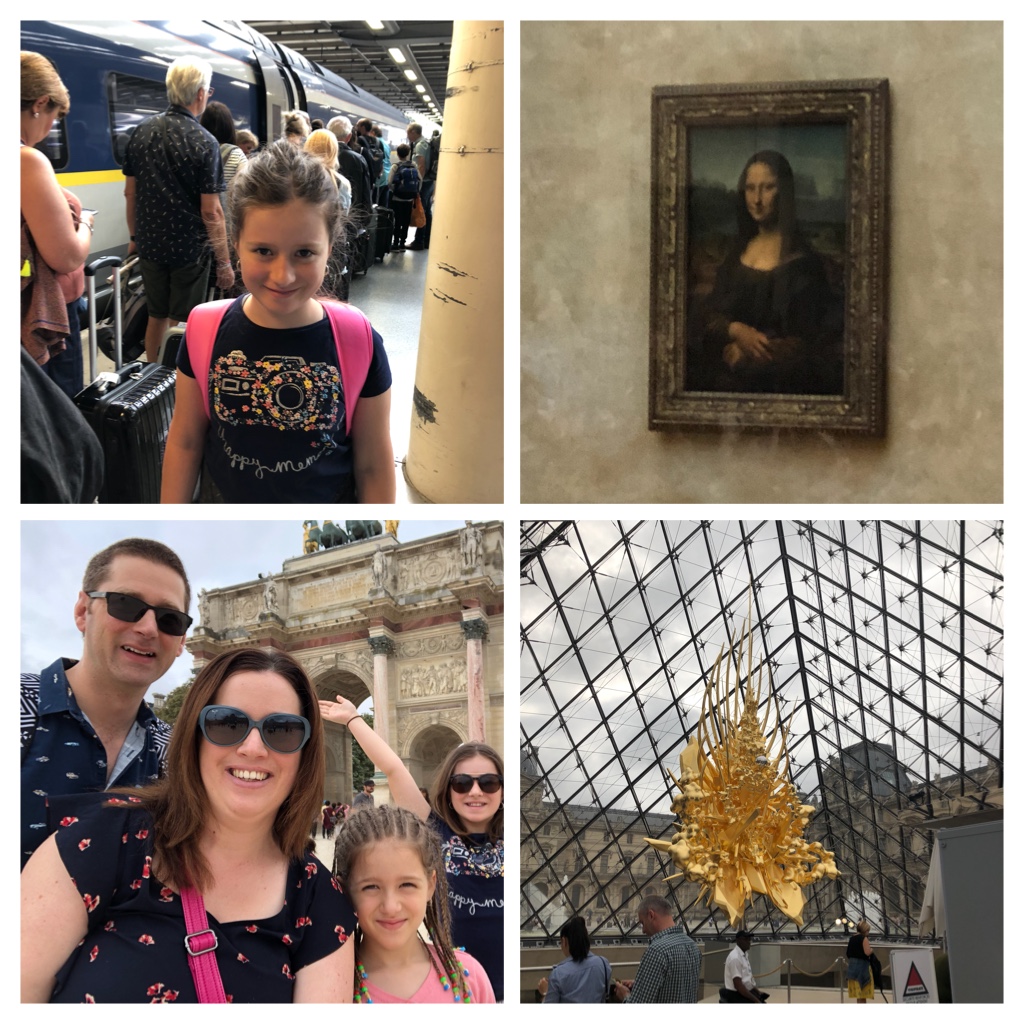 The next day was a really long day. First we we went to the Louvre and saw Mona Lisa. We have Paris Passes so that we could skip the huge lines. Next we looked at the Grand and Petite (small) Palaces. Then we went to the Eiffel Tower to get on a River Cruise. It took about an hour. By the time we had had dinner and dessert it was almost time for the Eiffel Tower to light up. It lights up every sunset. Good night Paris. We got home at 10pm! My feet stung and I was tired. 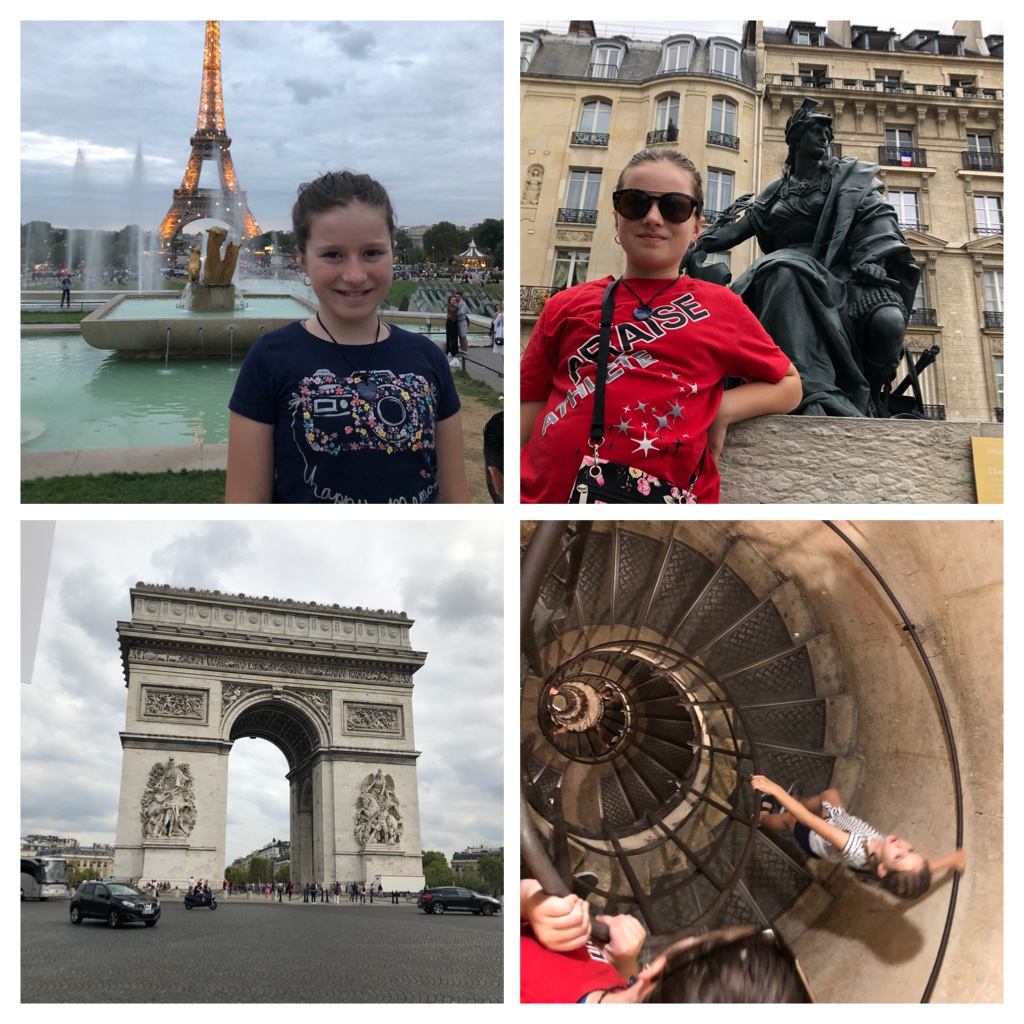 On Tuesday we went to Musee d’Orsay which is kinda like a big greenhouse with loads of art work. In the floor they had a part of the city made out of cardboard. Next we went over the love/wish bridge. This bridge had loads of locks on it with people’s names on for good luck in their love years and to lock promises and memories. If you go under the bridge you can make a wish and hopefully it will come true by the end of the year. After that we went to the Arc de Triomphe. You had to climb 192 steps to get up to the top. Up the top you could see almost all of Paris. On the streets there were some really cool shops. When we were walking to the Metro we saw Notre Dame Cathedral. The queues were huge and it was almost about to close so we didn’t go in. For dinner we stopped off at a restaurant to have dinner then we caught an uber back to the hotel and that was it. 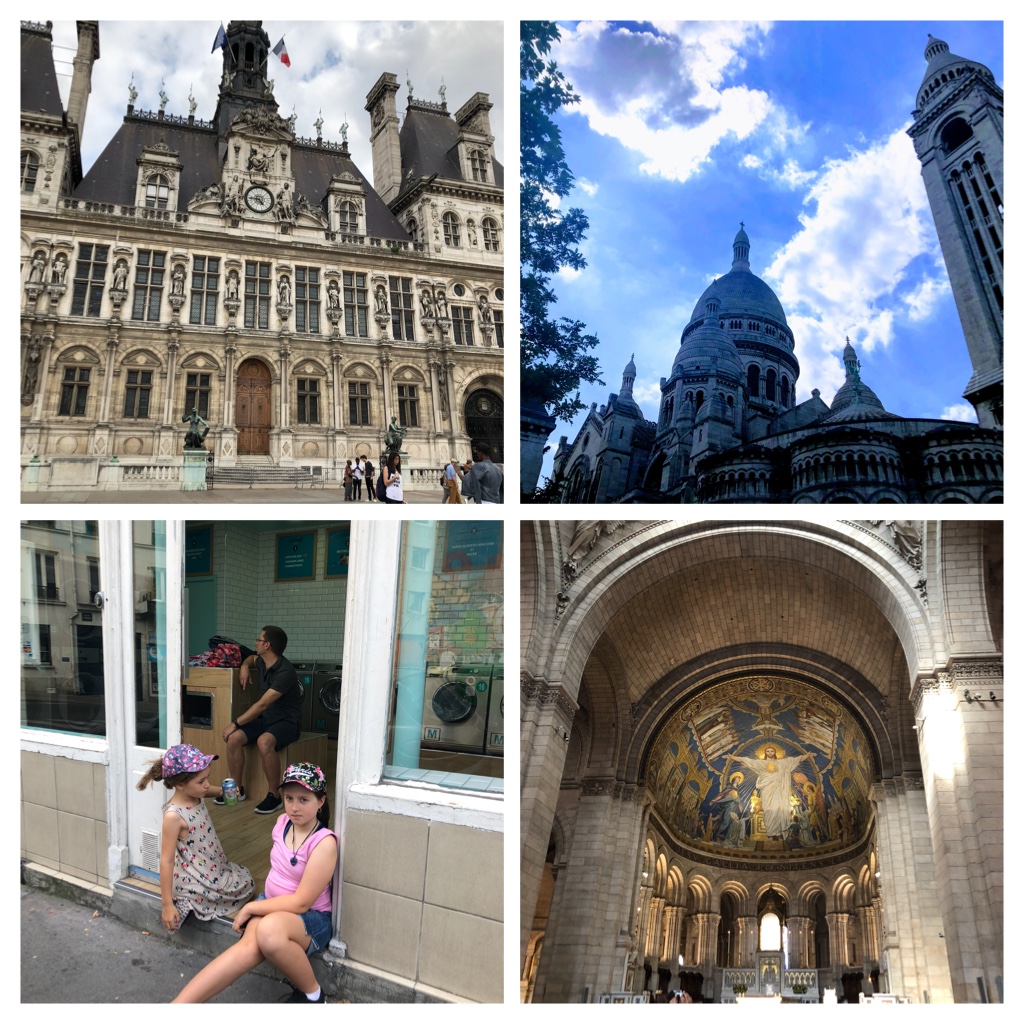 On Wednesday we went shopping and did our laundry at a local laundromat. We had lunch outside the laundromat and then went to explore Sacre-Coeur. Sacre-Coeur is a Cathedral church. It was really hot so we had ice cream. Then we had dinner, went back to the hotel and packed.

Next time I will tell you about our visit to Brussels.

Our Week in Pickering Brussels, Belgium…