We made our way to the trains station. On the way we bought some playing cards. We had to catch a double decker train to the central station, then we took the 4 hour Flixbus to Amsterdam. Then we had to catch ANOTHER metro to get to our bright orange hostel.

First, we did a canal tour because Amsterdam was originally a swamp. That’s why it has 176 canals – because when you dig a hole in Amsterdam it fills up with water. So they made a lot of canals to control the water and built their city along the side of them. Did you know that Amsterdam was actually named after the Amstel River?

We saw the famous spot where you can see through 7 bridges in a row.

After the canal boat tour we did a walking tour. There were a lot of interesting buildings. We saw leaning buildings, Anne Franks house, extremely skinny houses, and loads of house boats. But the thing I saw most was bikes and crazy bike parking. 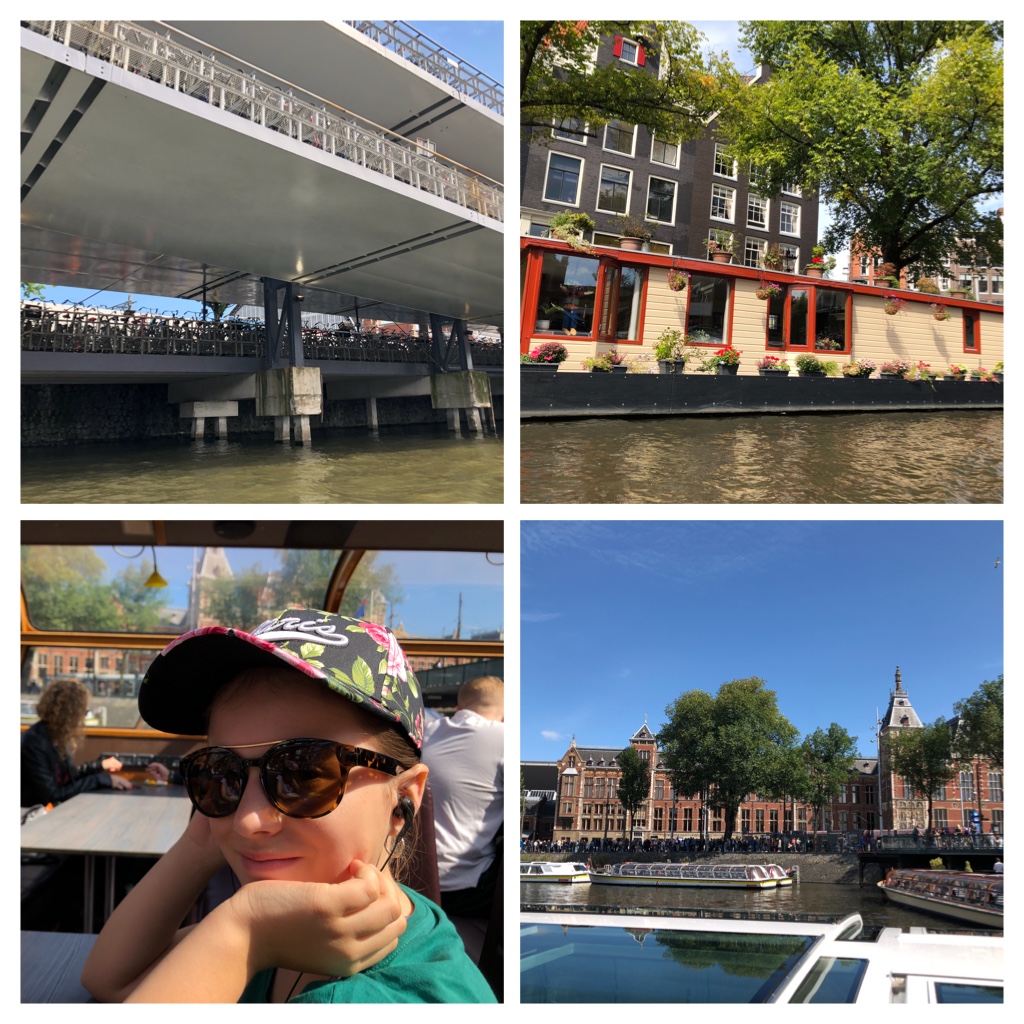 We were off to some markets. I bought some stuff at the markets and then we were off to the Nemo Science Museum. It was shaped like a boat. There was a water clock, some crazy experiments and you could make a giant bubble that you could fit inside. We made a grabber and watched a chain reaction. There were so many things to see that I struggled to write them all down. I wish we had more time at the Nemo museum. There were 5 floors of awesome things to see, but we had to rush because it was closing. 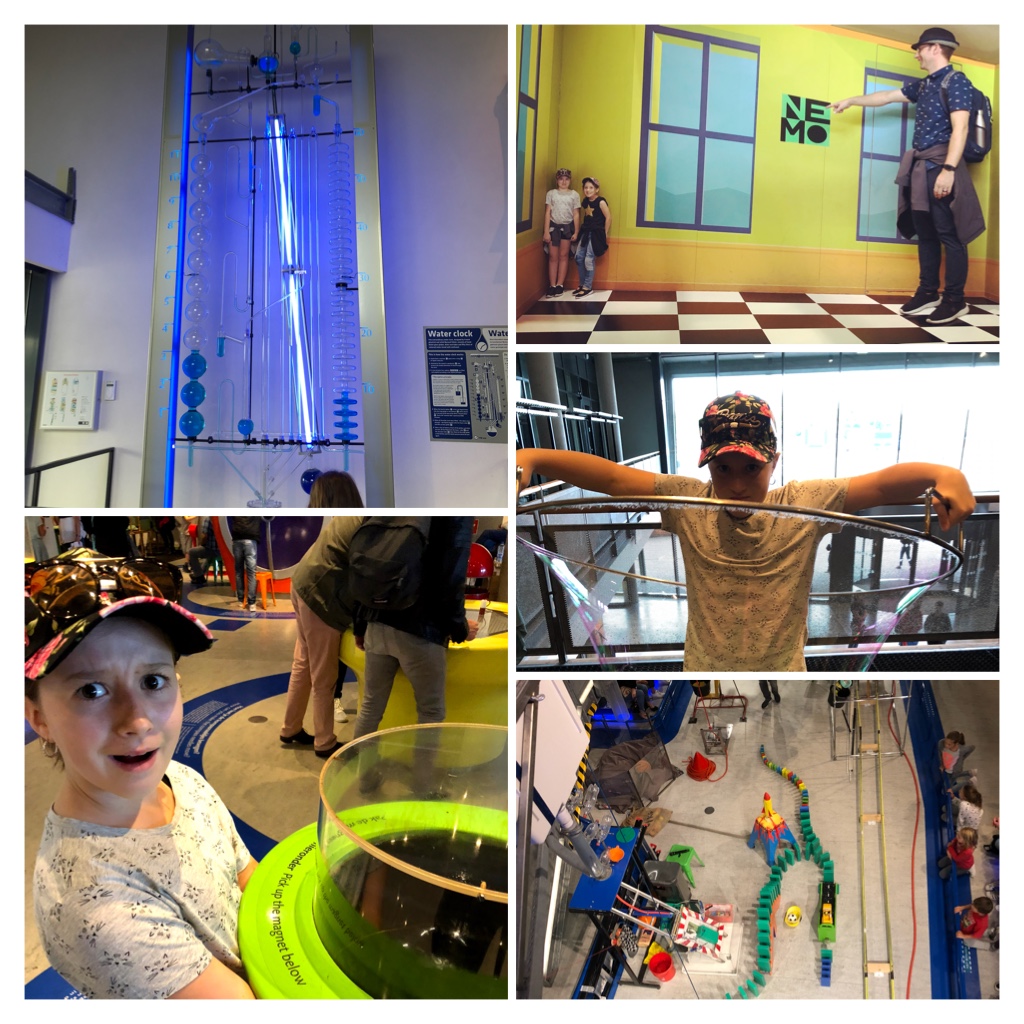 Amsterdam is a very interesting city because of all of the leaning buildings and the interesting architecture. To summarise Amsterdam, I would say “it’s different”. That’s all I can say.

On Tuesday we took a train to Hamburg. I will tell you all about it next time!